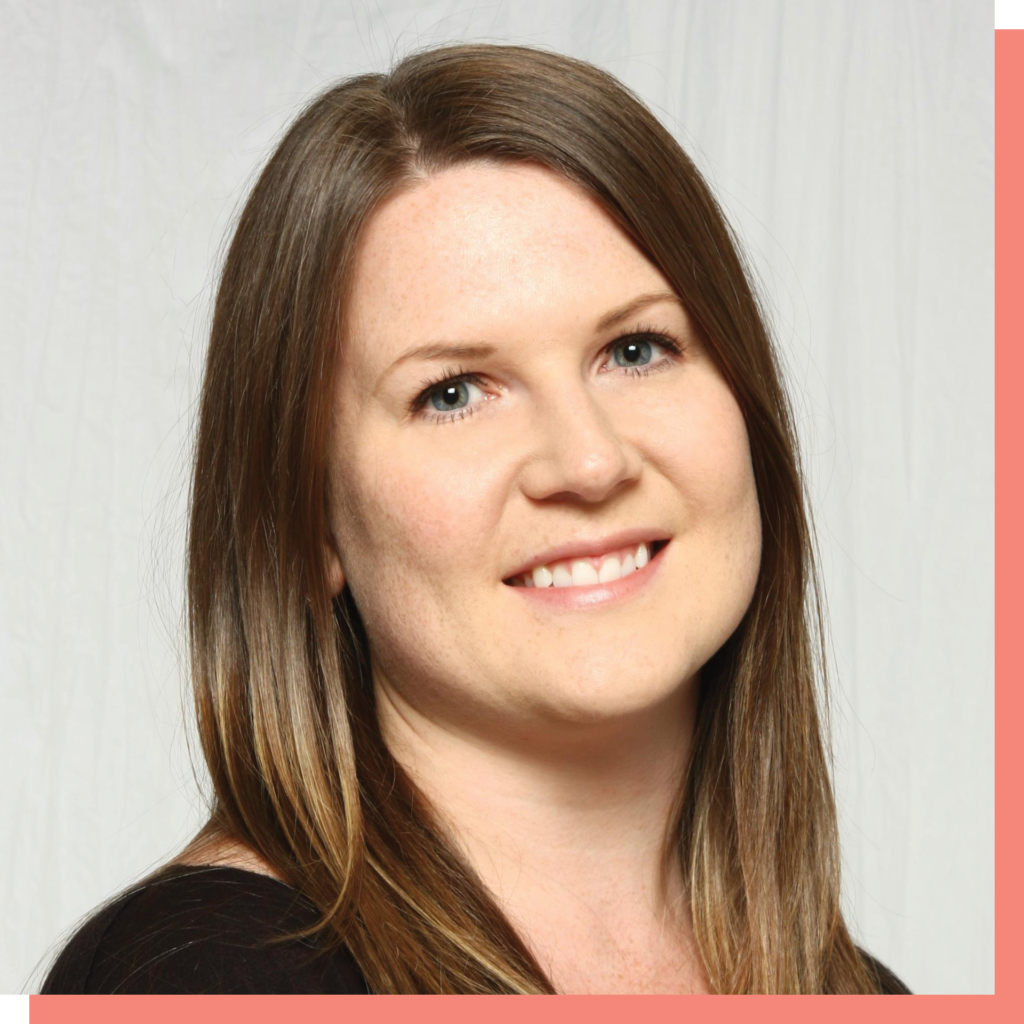 “You don’t have to do something on a grand scale; just live your values and stand up for what you believe in.”

what influenced you to become a change-maker?

From an early age, I’ve always believed that everyone deserves to be treated with dignity and respect. I helped form a leadership group at my high school and was eager to learn more about world issues. In 2007, I moved to Calgary to pursue a degree in public relations at Mount Royal University. Having grown up in a relatively homogeneous community during the early days of social media, I was aware that my worldview was a bit limited. I was eager to learn more about the world by getting to know those in my new community, taking an international relations class, and travelling. Now I’m leading the Communications team at an international development organization. Through all of this, I never thought of myself as a changemaker; I’m simply a global citizen, learning, sharing, and doing my part to make the world a better place. You could say I’m a lifelong learner.

How does your work promote gender equality in Canada and around the world?

253 million people in the world are blind or visually impaired, and close to two thirds of those are women, as they don’t get access to servicess with the same frequency as men. I’m passionate about Operation Eyesight’s program model, in which women are empowered to become part of the solution. We train women who live and work in communities surrounding our partner hospitals to become community health workers. They go door-to-door, screening every single person in their communities, and referring those with eye problems to the nearest hospital or vision centre for treatment. They educate families about eye health and other topics such as nutrition, immunization, and maternal health

How does the work you do addressing gender inequality connect to progress on the other Sustainable Development Goals?

There are many examples of how our work helps achieve many of the SDGS: When people can see, they can work (#1) and go to school (#4), and communities thrive as a whole (#8). We promote eye health and general health (#3), empower women and provide them with equal care (#5), and we partner with governments, hospitals, and other INGOs to achieve all of this (#17). 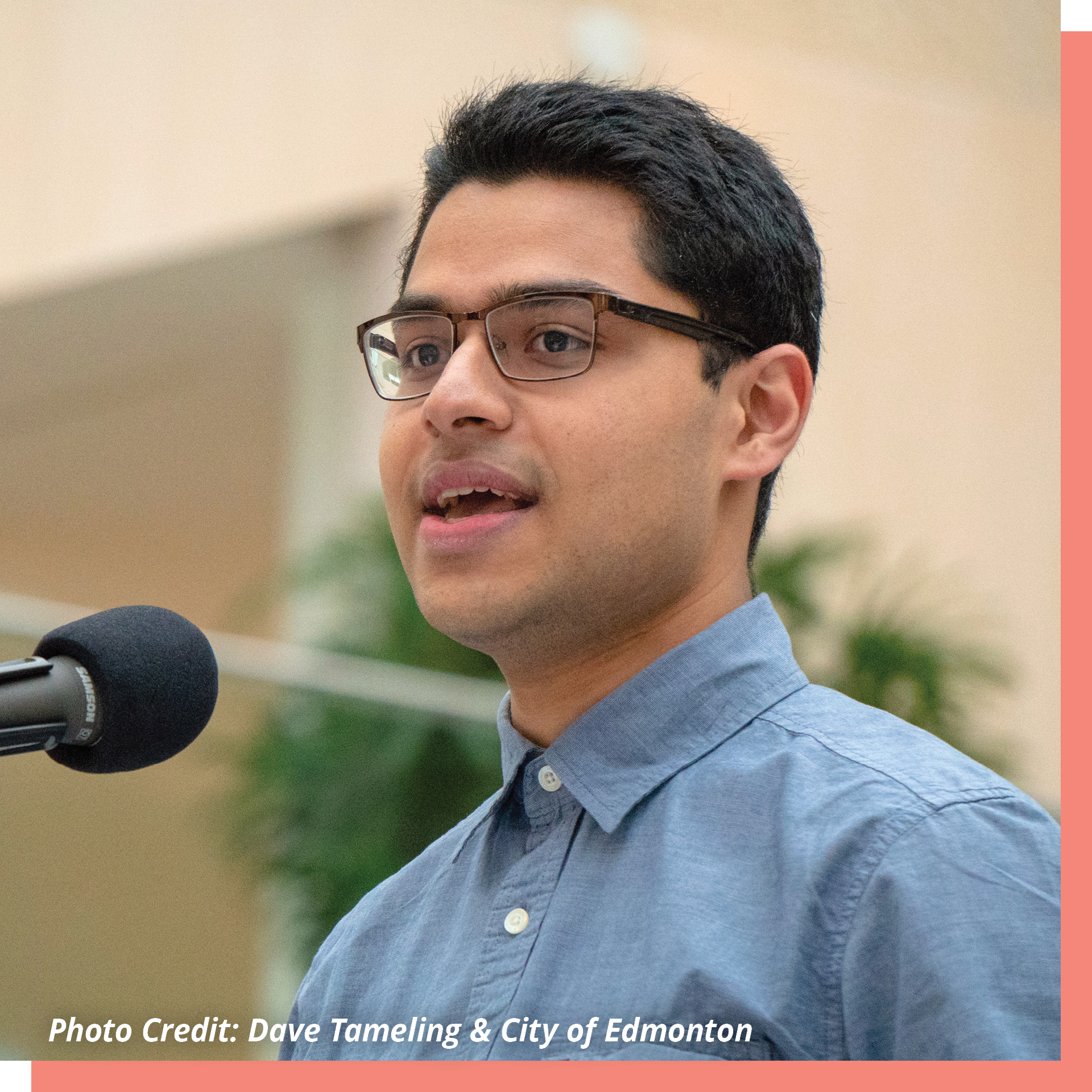 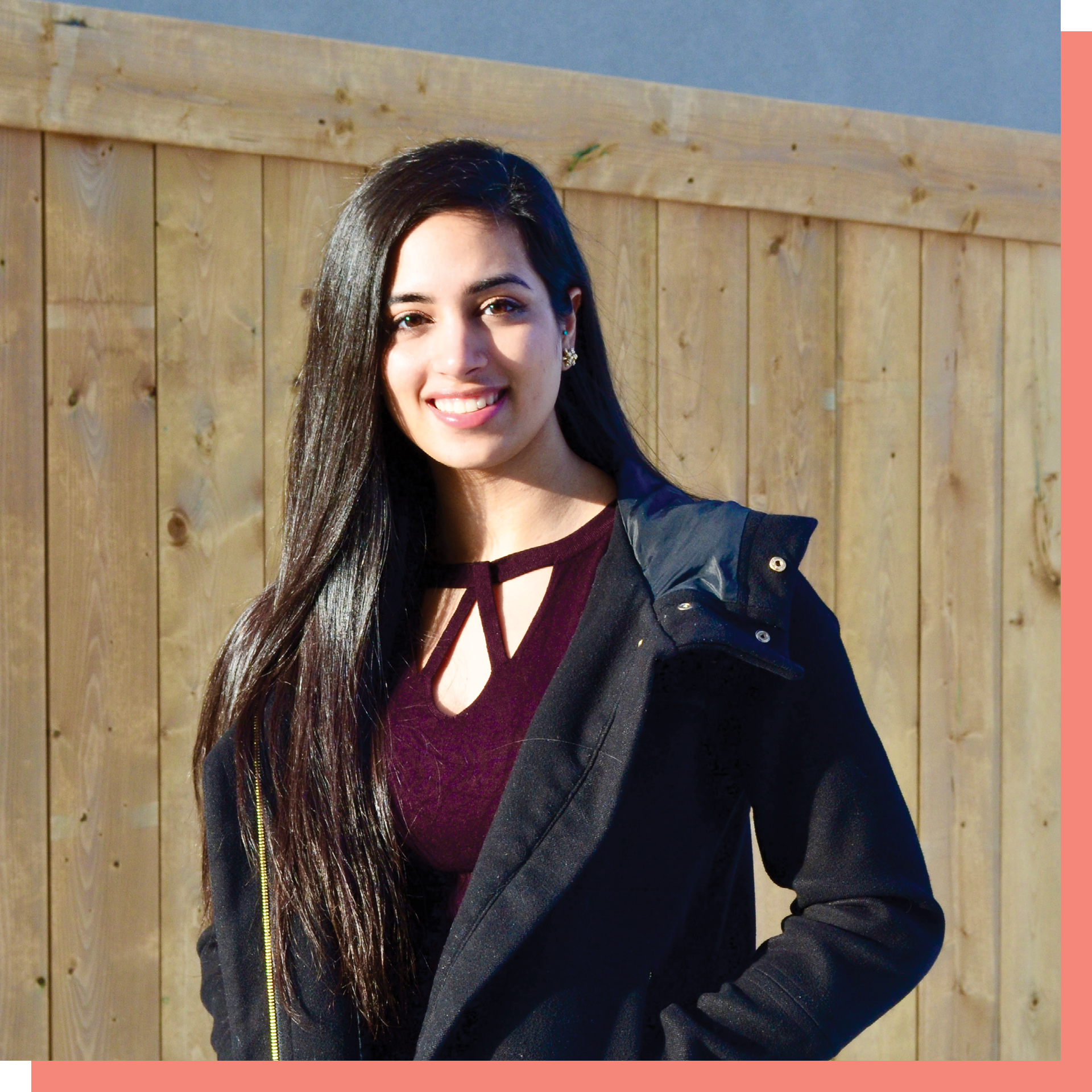 "To be a change-maker, you must identify an issue that needs to be addressed, think of ways to bring about the change, and evaluate your efforts to ensure you are making the impact that you hoped for." -Amber Rai Age: 20 Hometown: Edmonton, Alberta Currently Residing In: Sherwood Park, Alberta Affiliations: Learning Beyond Borders, HEAL International Ever since I joined the Learning Beyond Borders club over five years ago, I have been working on programs to help students in rural Uganda.... 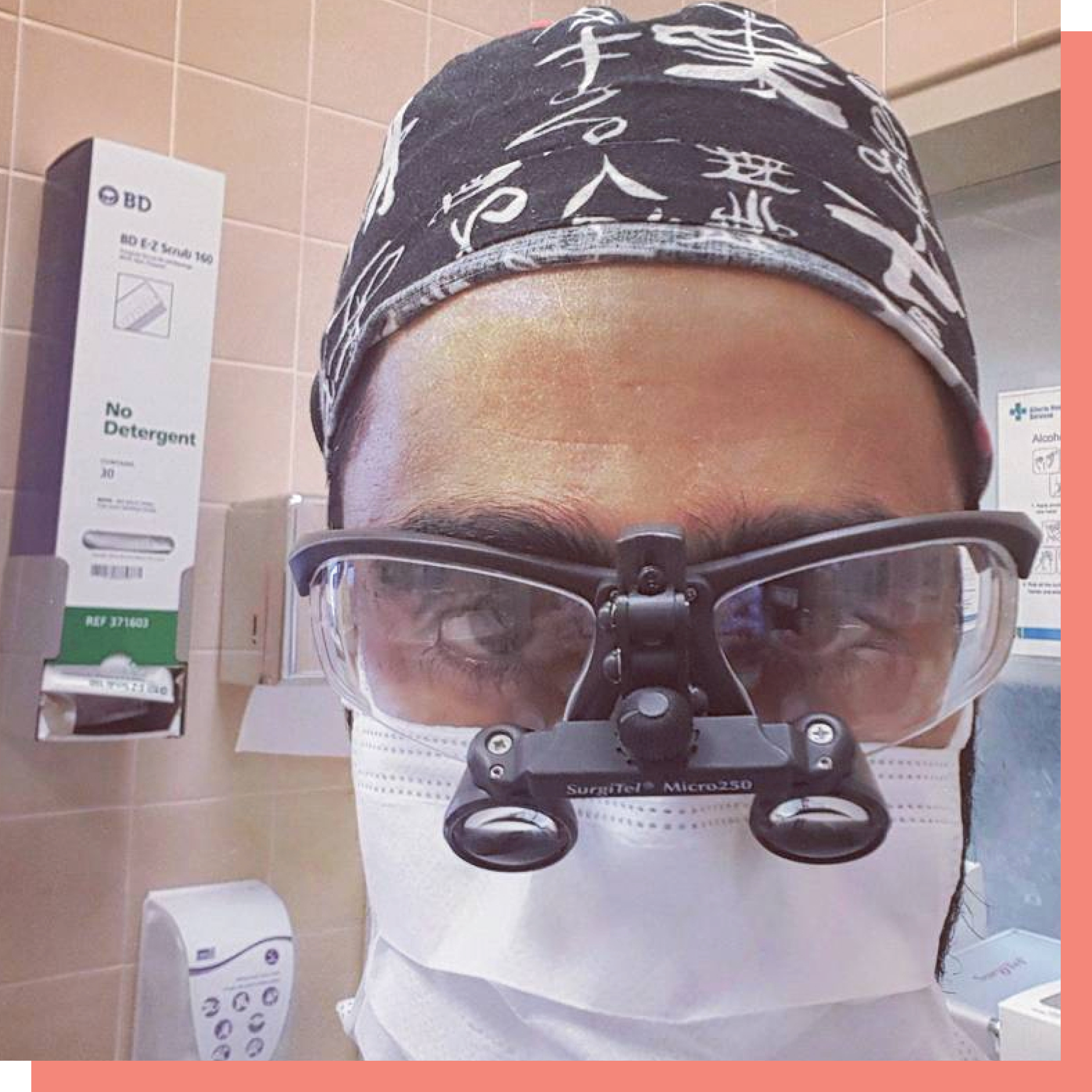 "To improve gender equality, we need to understand the issue through data and research and make informed decisions that get at the heart of the problem." -Ameer Farooq Age: 29 Hometown: Edmonton, Alberta Currently Residing In: Calgary, Alberta Affiliations: Alberta Health Services The corridors of Mohammad Ali Jinnah Hospital are smeared with the stains of spit-up paan. There are people everywhere—under the stairs, in every chair, in every bed, some moaning, some simply staring with large... 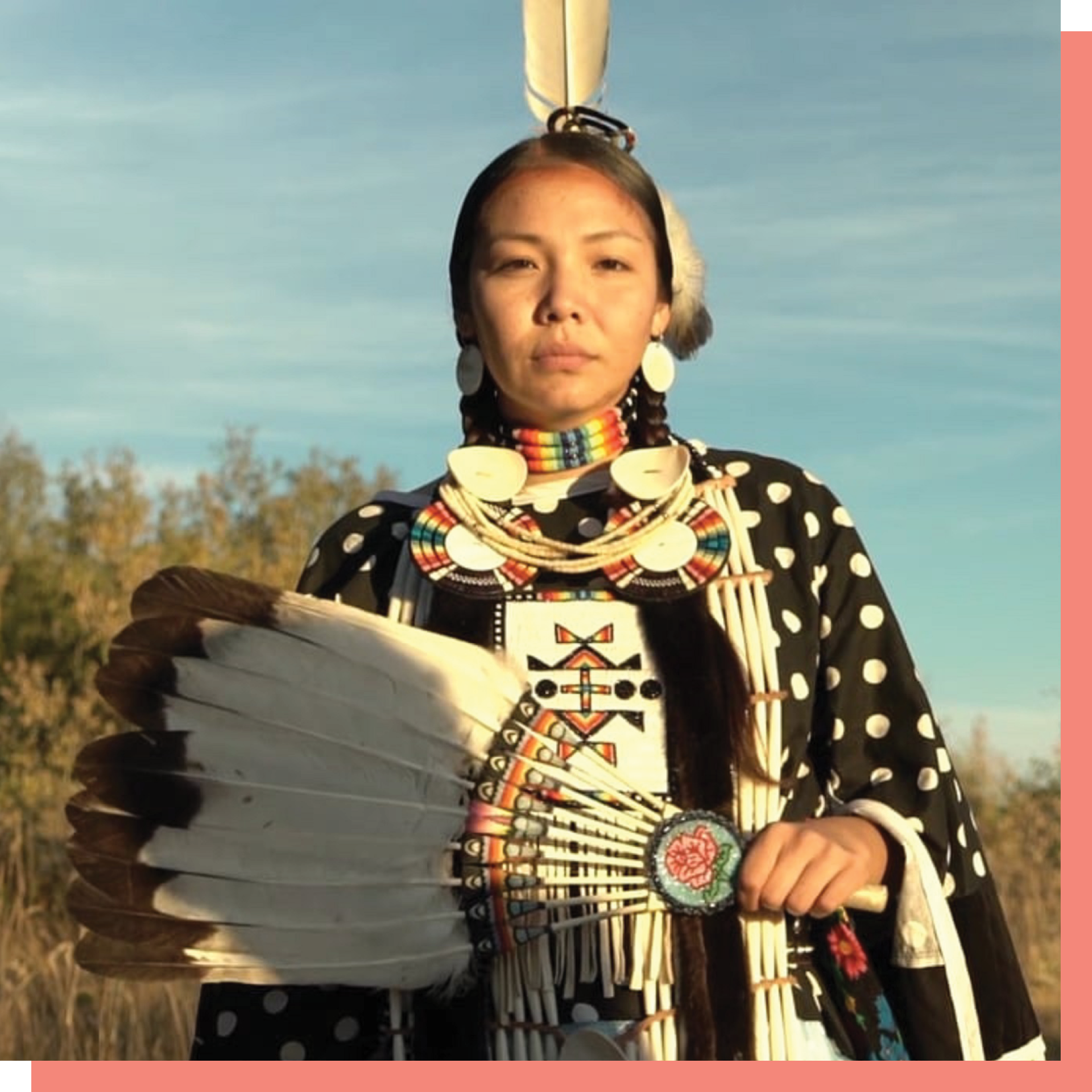 "Be a changemaker by being a leader. Think big and believe in yourself. Be resilient; work with communities. Do what moves you." -Glenielia Ariel Crawler Age: 27 Hometown: Big Horn First Nation Currently Residing In: Morley First Nation Affiliations: Nakoda Youth Council- Mni Ki Wakan My name is Glenielia Crawler, but I also go by Ariel Waskewitch. I am Nakoda Sioux and Plains Cree, and I come from the small community of Big Horn First Nation. I am a proud mother to my three-year-old daughter... 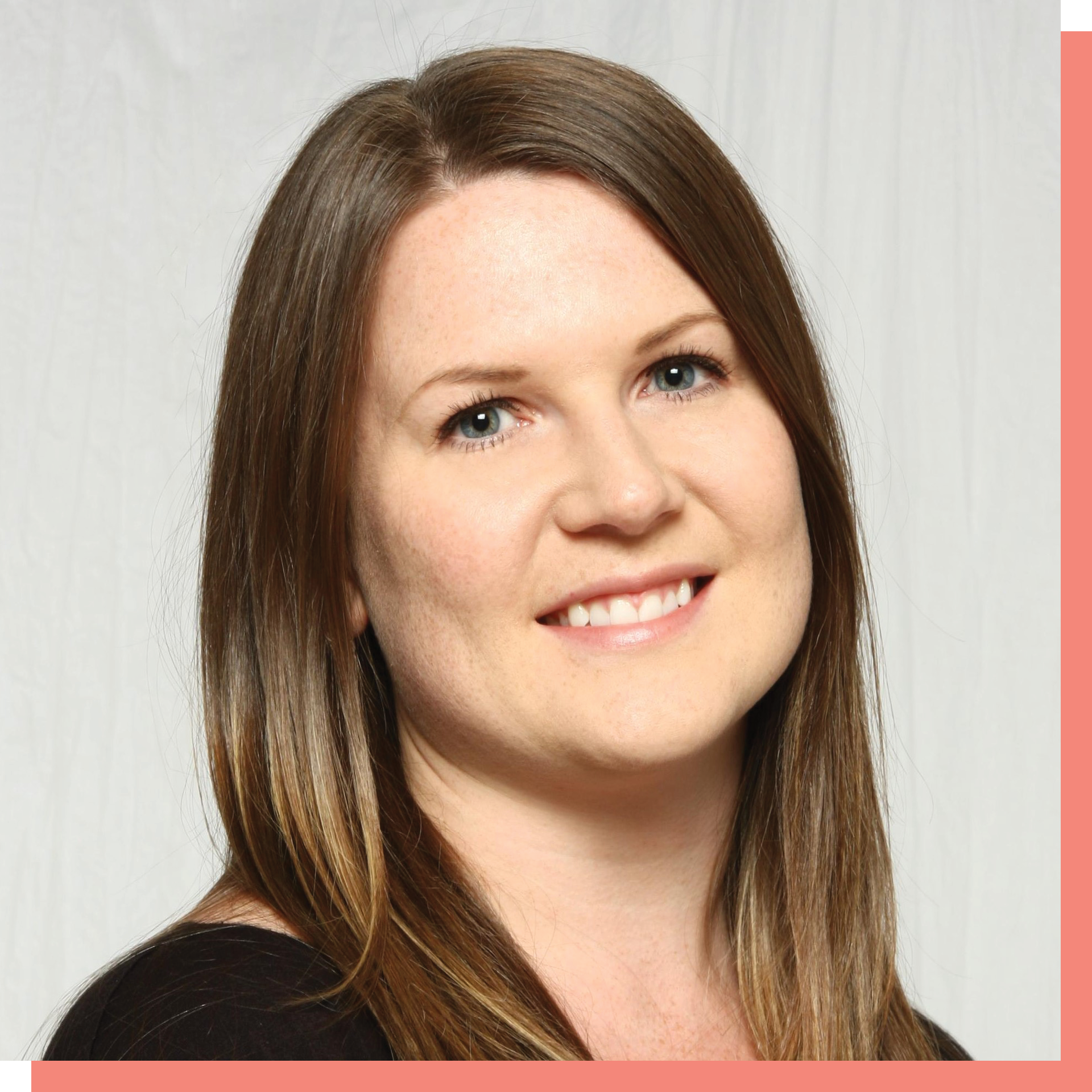 "You don’t have to do something on a grand scale; just live your values and stand up for what you believe in." -Elizabeth Roden Age: 29 Hometown: Glendon, Alberta Currently Residing In: Calgary, Alberta Affiliations: Operation Eyesight (ACGC Member) From an early age, I’ve always believed that everyone deserves to be treated with dignity and respect. I helped form a leadership group at my high school and was eager to learn more about world issues. In 2007, I moved to Calgary to pursue a degree... 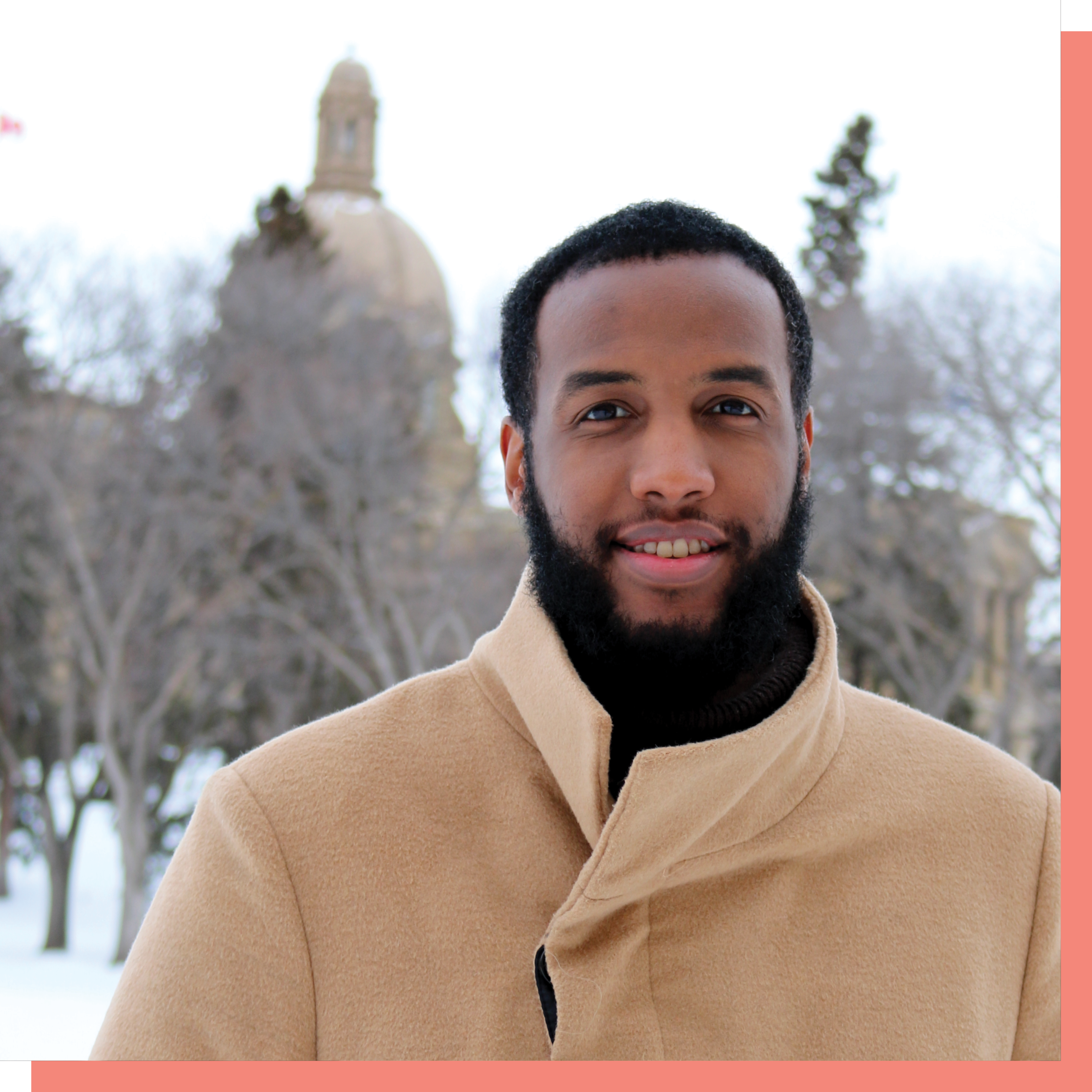 "The most important thing for anyone wanting to make a change is to get involved. Whether you are able to volunteer a little bit of your time or a lot, it is always important." -Koshin Mohomoud Age: 29 Hometown: Surrey, British Columbia Currently Residing In: Edmonton, Alberta Affiliations: Edmonton Somali Professionals I am currently a senior policy advisor with the Government of Alberta. Prior to my current role, I worked in both the public and private sectors and spent time working in my... 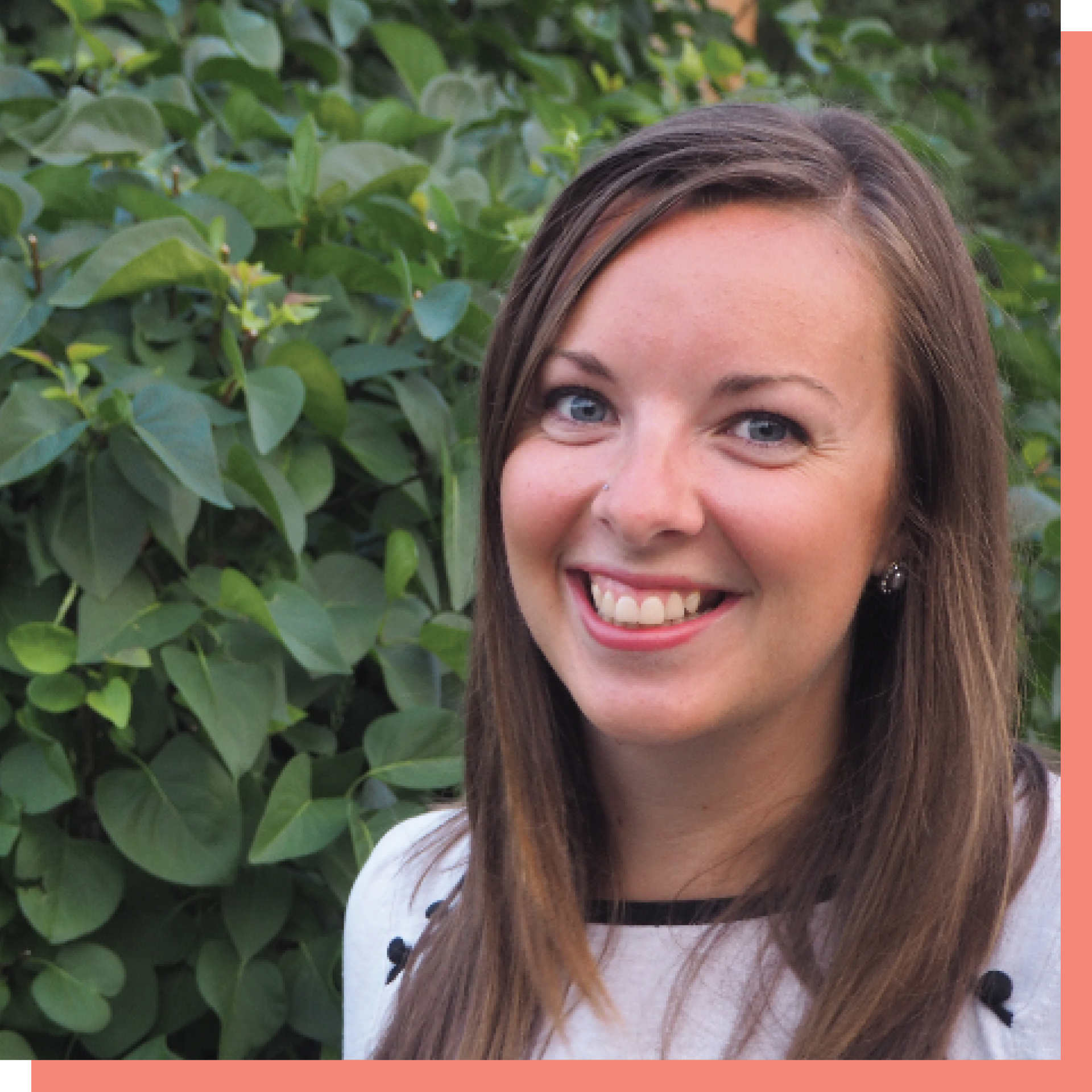 "Never underestimate the effect that your actions have on other people. Follow your interests and skills, and use them to make a positive impact." -Stephanie Southgate Age: 28 Hometown: Ipswich, United Kingdom Currently Residing In: Calgary, Alberta Affiliations: CAWST (ACGC Member) I have always been driven to make a positive contribution to others and the world. However, during a university internship in rural India, my resolve to shift my career path towards education was solidified upon... 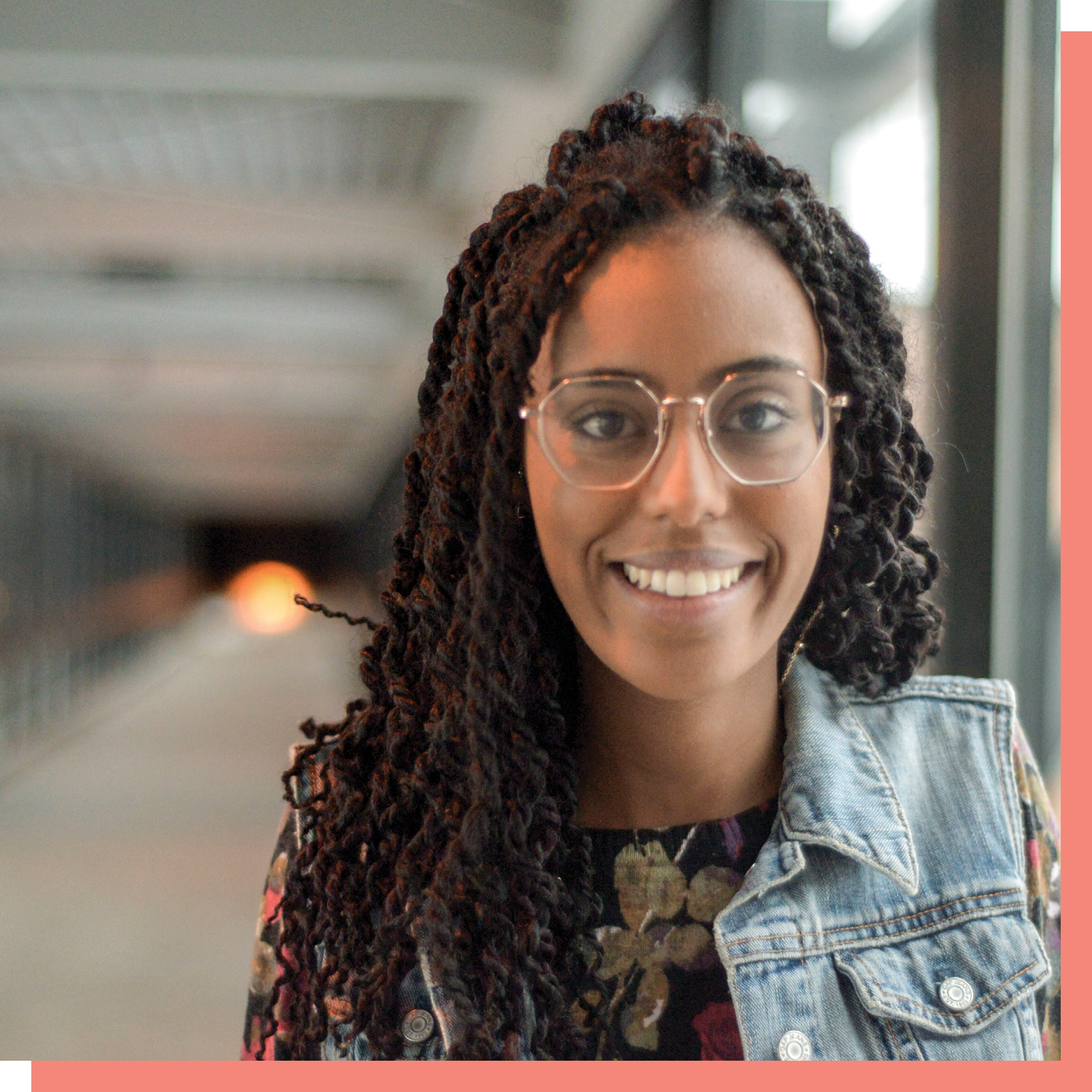 "Acknowledge the call to relationship and reconciliation that is present with the land you stand upon." -Belen Samuel Age: 26 Hometown: Born in Zimbabwe, originally from Eritrea Currently Residing In: Treaty 6 (Amiskwaskahegan/Edmonton, Alberta) Affiliations: Supports with Dreaming Rainbow I am a Zimbabwean-born Eritrean settler with migration experiences as a refugee. I currently exist on Treaty 6 territory, where over the past five years, I worked at the Africa Centre and at Youth... 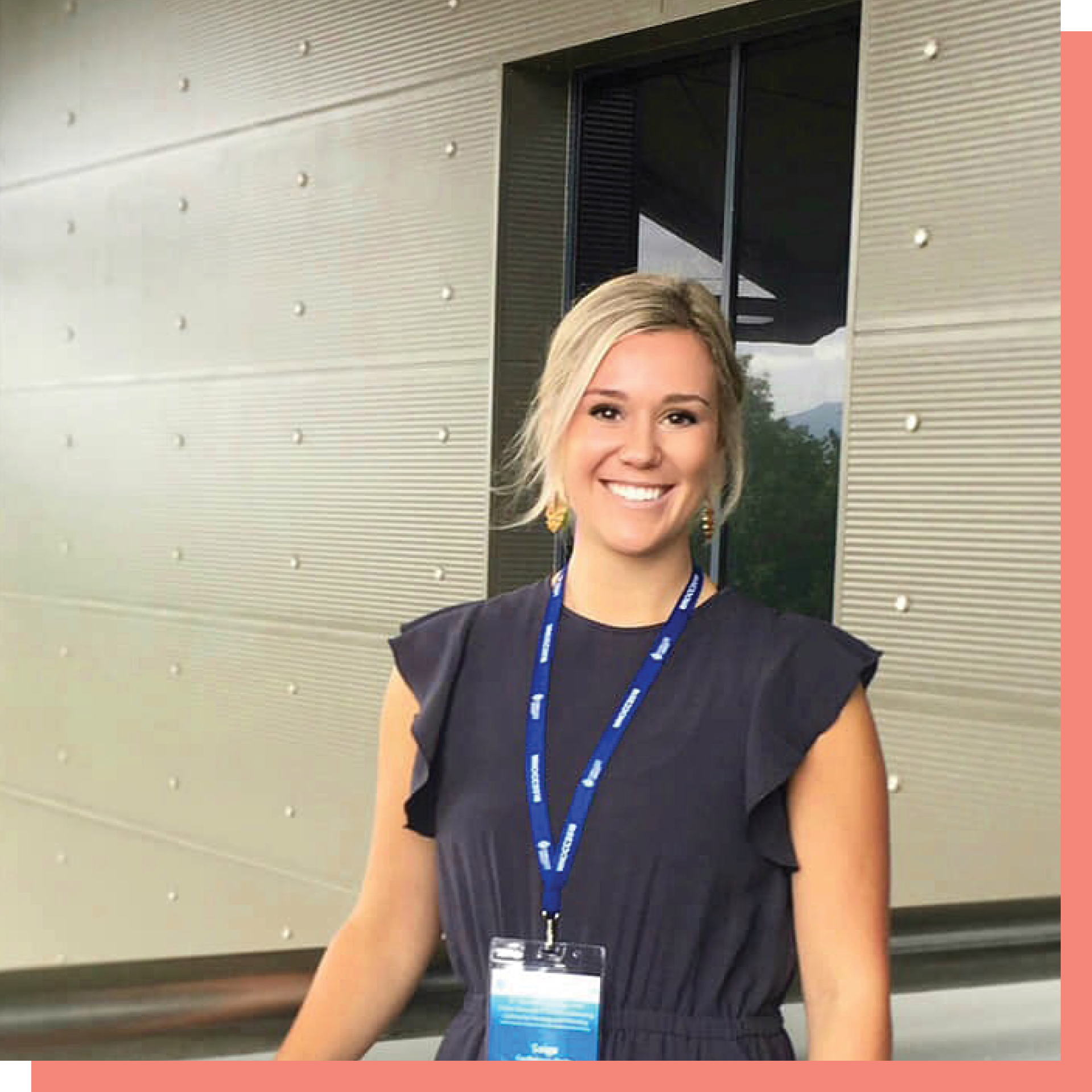 "In the face of adversity, do not settle but rather speak up and create change." -Saige Godberson Age: 23 Hometown: Spruce Grove, Alberta Currently Residing In: Spruce Grove, Alberta Affiliations: Youthnited Nations International, Stollery Children’s Hospital Neonatal Intensive Care Unit, Sigma Nursing Honors Society, Ronald McDonald House Charities, Special Olympics Edmonton I often say that “if everyone makes a small change, together we will make a big difference.” As a registered nurse in... 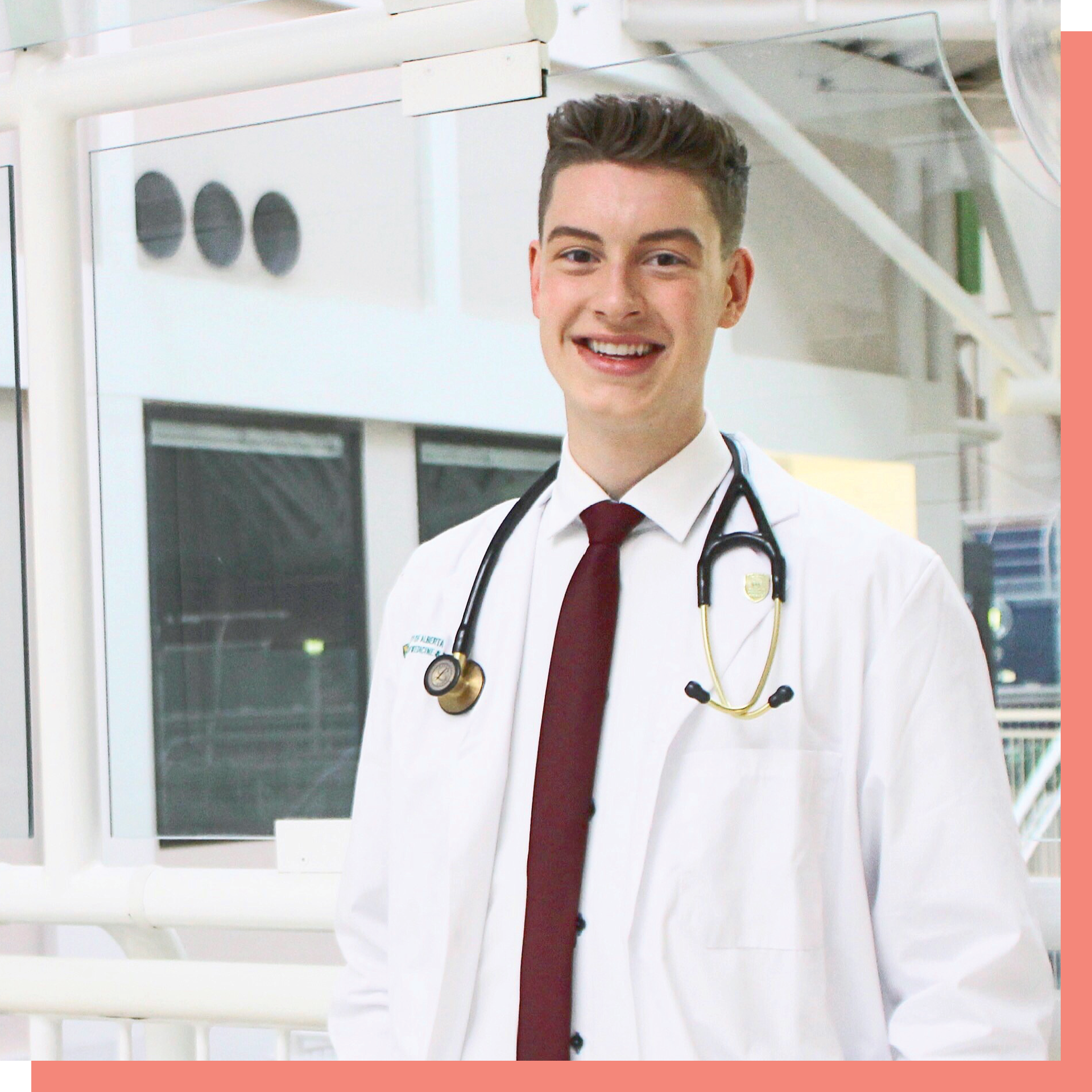 "I invite all youth in our community to identify opportunities to create change and to not be afraid to pitch their ideas to mentors for support." -Bryce Thomsen Age: 23 Hometown: Camrose, Alberta Currently Residing In: Edmonton, Alberta Affiliations: TEC Edmonton, Health City, University of Alberta Faculty of Medicine Growing up in a small town in rural Alberta, I always wondered what life was like on the global stage. I was fascinated with various cultures and their ways of life, but soon...
Share This